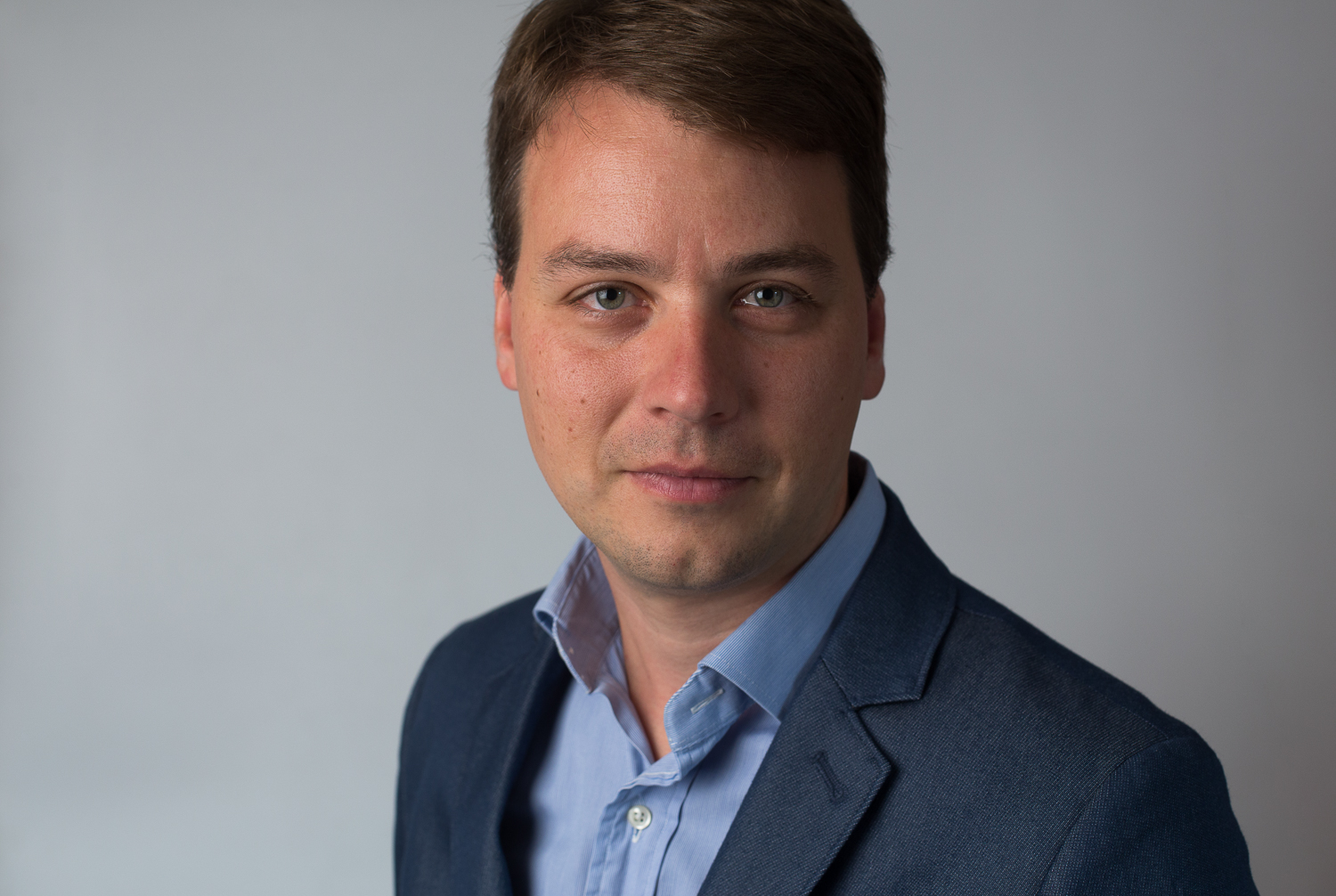 For the second time now, the Configmgr & Intune product group organised a “mini-MVP” summit, outside the regular MVP summit schedule.
The week started on Monday morning November 26th and ended with hackaton demonstrations on Friday November 30th and had roughly 30 attendees. 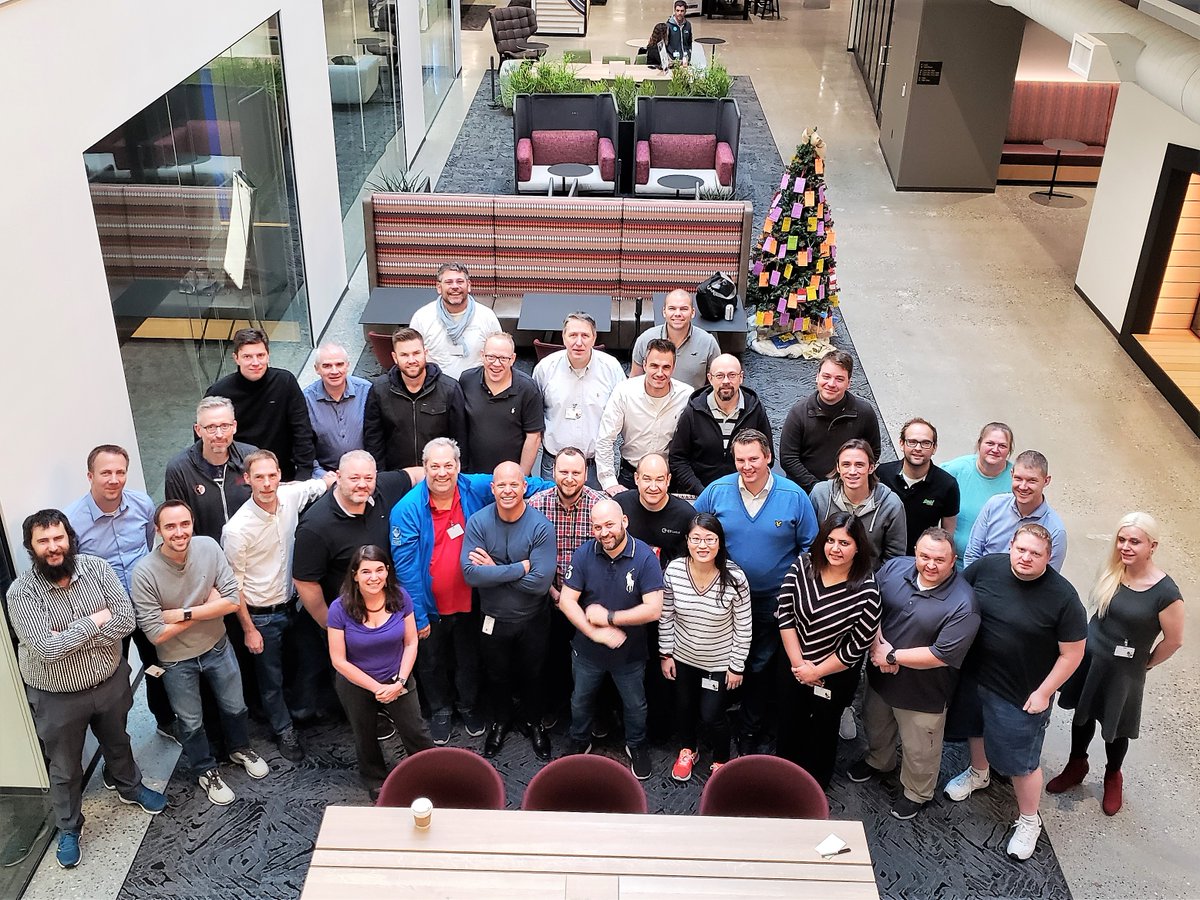 Monday morning consisted mainly of introductions & roadmaps from both the Intune & Configmgr team. It also included a list of hackaton ideas that we could participate in. Like last year, all of the sessions were optional and if you wanted to, you could go and sit with the engineers to work on your hackaton project.

For myself, being the second time in Redmond and walking around the Microsoft Campus still is amazing. The sheer size of the campus alone is unbelievable. It literally is a mini-city with all possible facilities.
We were equally given the opportunity to visit the Azure Cloud Collaboration Center and it felt like being dropped onto a movie set of the latest Mission Impossible movie and Tom Cruise could drop out of the ceiling, suspended by wires :) 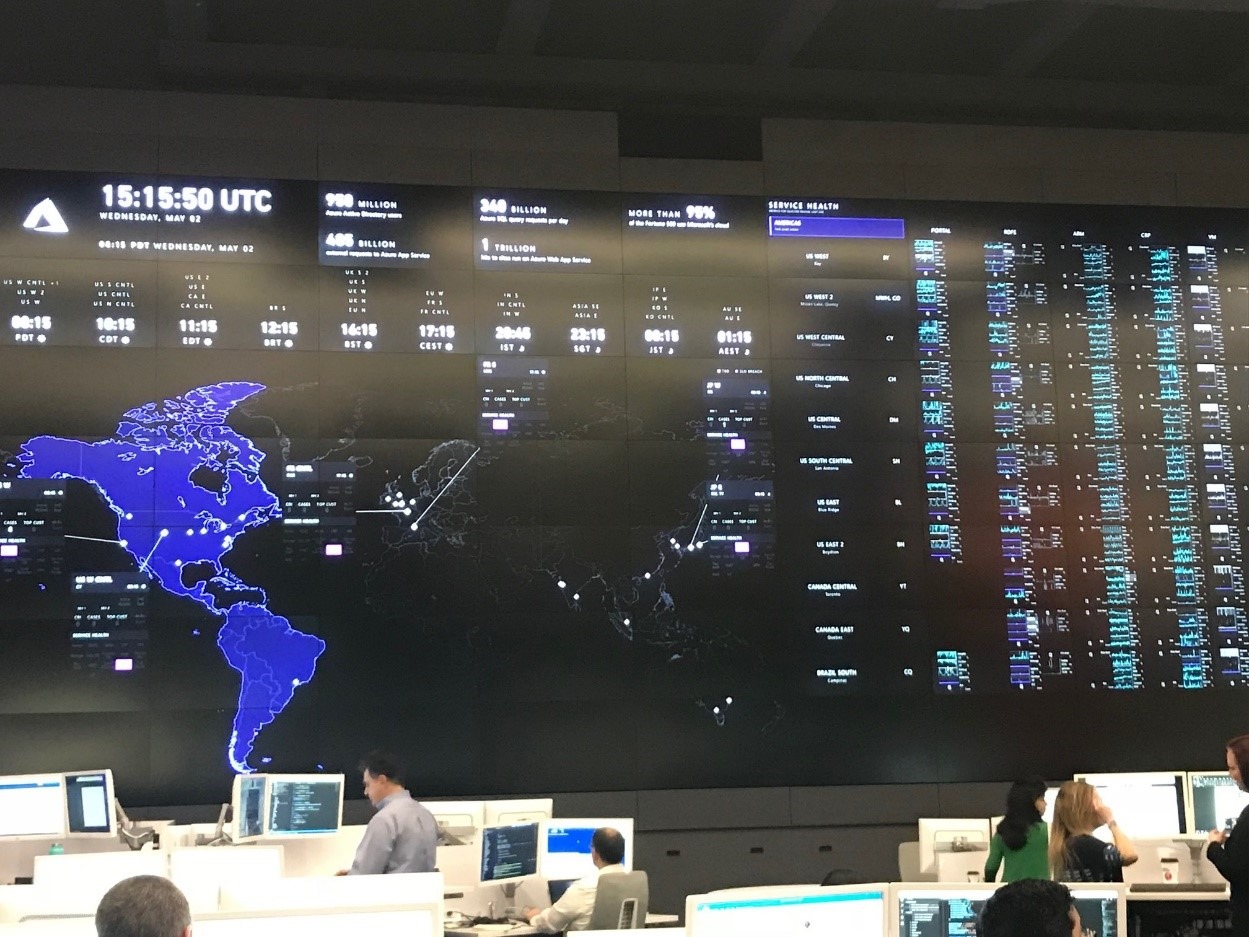 Some of the sessions we were presented with, were program managers explaining new developments on the features they were working on, but we equally had sessions where a program manager would walk in and pitch some idea’s that they were thinking about implementing, but wanted the honest feedback of the MVP’s if it was a good idea or not.

I really appreciated the fact that we were given the opportunity to help steer the product (or some features) or that you can have a bit of influence on how a feature is developped.
At one point, the roles got switched and some of us delivered a session to the Microsoft Devs/Program managers to show them what the community came up with as addon’s or workarounds to the product. This could very well influence the features that are going to be updated in any of the next version (think about “modern” driver management or features that are available in the Powershell App Deployment Toolkit)

David James held a small “Never have I ever”-quiz on Configmgr mistakes and/or Configmgr milestones. Think “Who has ever deployed a task sequence to all systems”, or “Who has ever installed tech-preview). The last person standing could ship SCCM CB 1810. 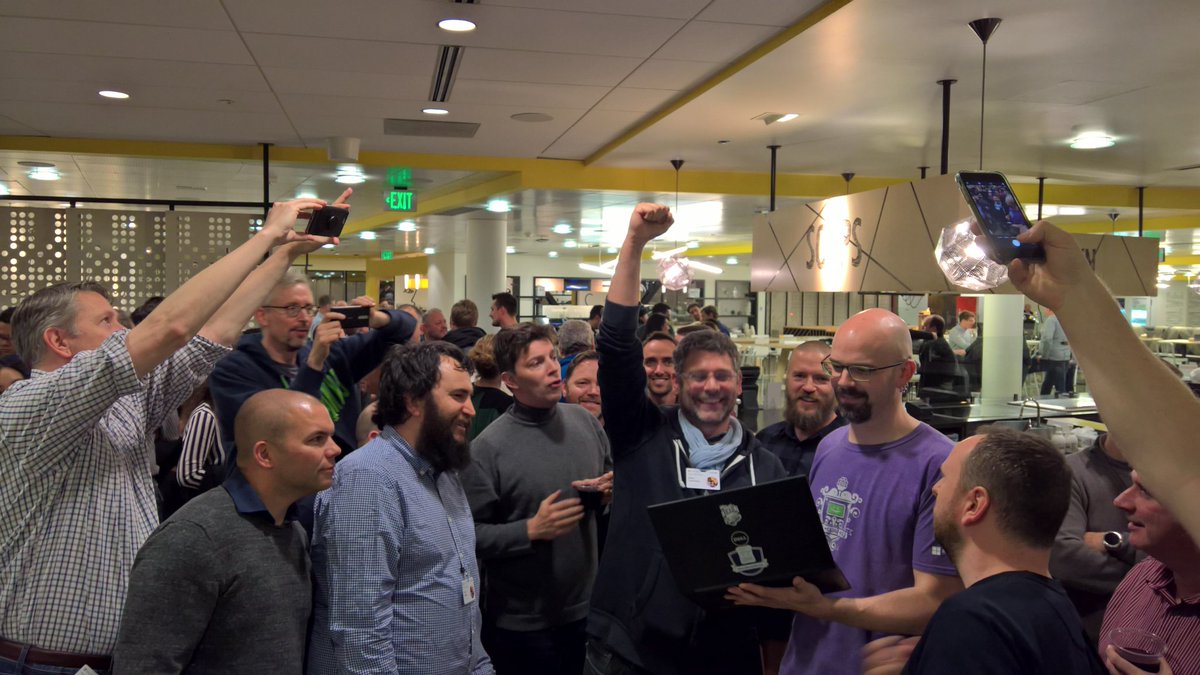 Wednesday evening, the attendees collaborated with the Product team on a Reddit AMA. Some snacks were provided to keep the creative juices flowing :) 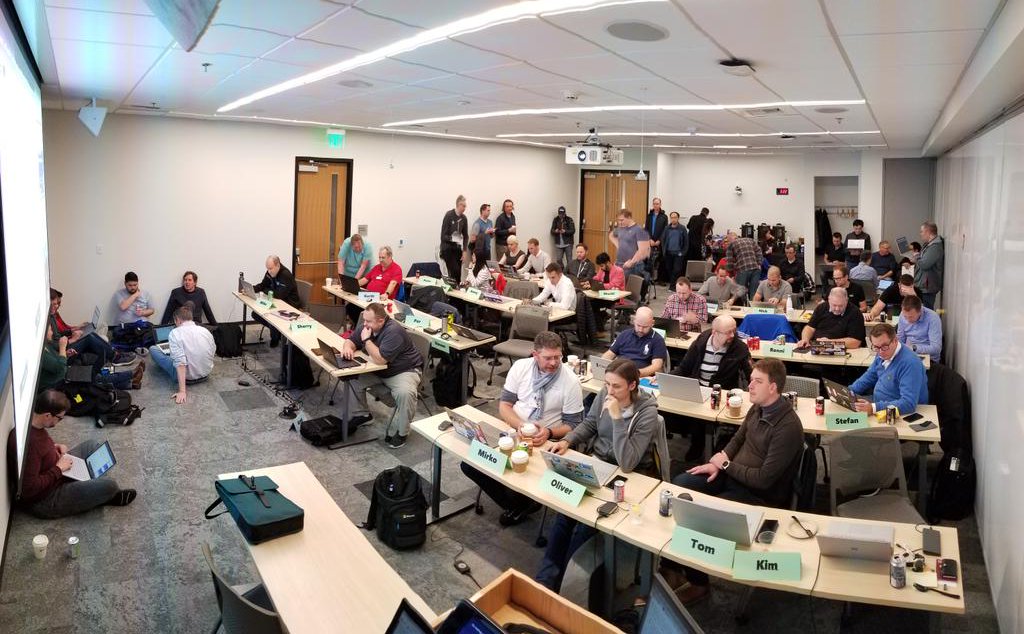 Kim & I left dark and rainy Seattle on Thursday with the hope to catch some sunshine in Phoenix… (only to see our plane landing in pouring rain). Luckily for us (and the attendees of MMSDE) weather the next few days was a lot better !

I want to give a special thanks to Brad Anderson, David James and Cathy Moya for making this all possible

Take all the good things about Midwest Management Summit and mix it with a beautiful resort in sunny Phoenix and you get MMS Desert Edition. 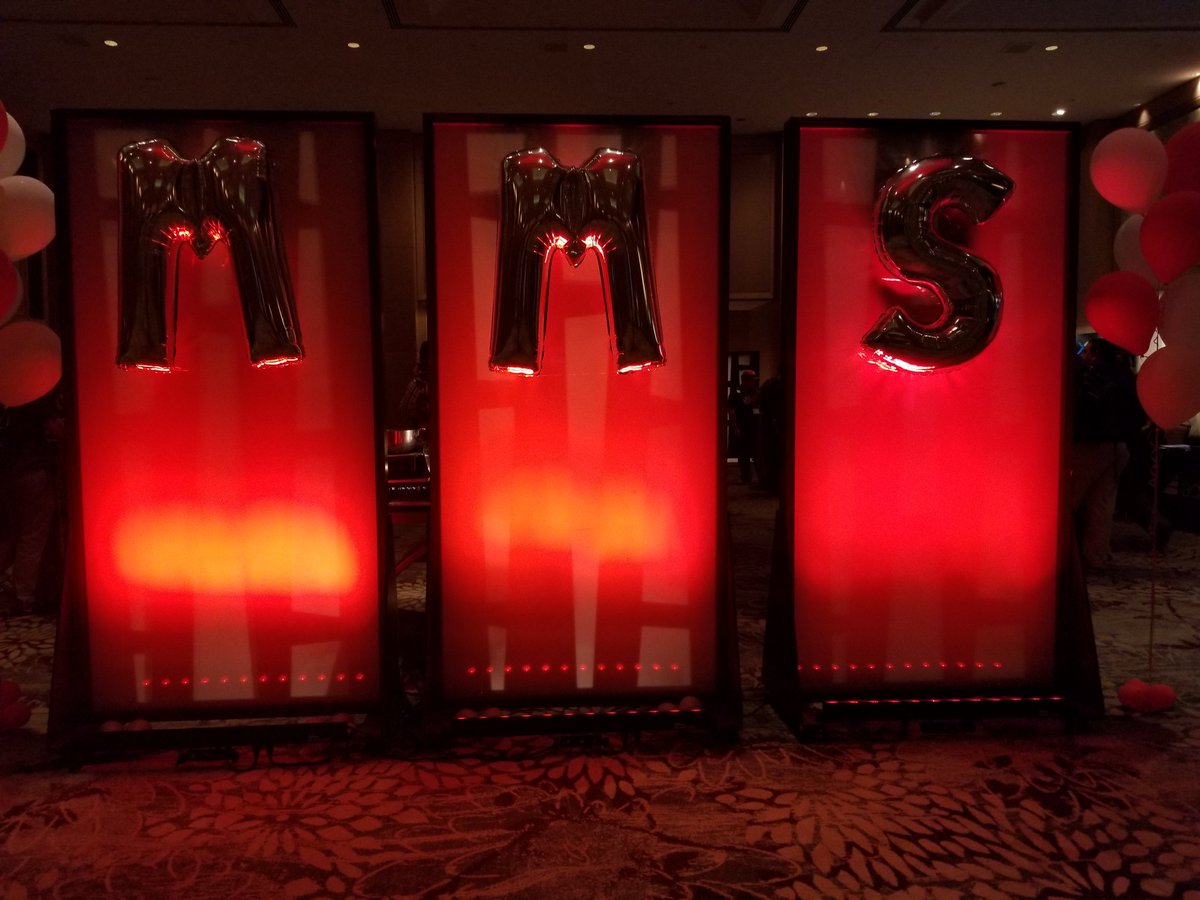 It was the 4th time that I was attending/speaking and was still as mind blown now as I was the first time. The amount of community brain power that is present at any MMS is unbelievable. Again, the greatest and most respected community members as well as a large portion of the Configmgr product group were present this time.
For me, coming to MMS is a bit like coming home to a group of friends. A lot of the attendees and speakers show up for every edition and it’s wonderfull to talk to them and catch up.

For those of you who have never attended the Midwest Management Summit (MMSMOA), it is one of the best conferences out there with a strong focus on Microsoft Systems Management.
This obviously includes a lot of Configmgr and Intune,but Windows 10 and Azure also get their share of attention.

Sessions are always 2+ speakers and last about 1h45 minutes! That’s roughly 1hour of presentation/demo’s and 45 minutes of Q&A. This presents a great opportunity to ask any questions that you might have on the topic you just heard about.

A regular edition of MMS is capped at around 750 attendees. This is rather small compared to some of the HUGE events that are out there. As such, there is a lot of opportunity for networking and connecting with speakers or the product group.
In Minnesota, the product group was always camping just outside the large conference rooms and you could just walk up to David James (Director of Software Engineering @ Microsoft) and discuss your SCCM issues :)

This Desert edition was even smaller and had 180 people, speakers, sponsors…

To make things more “causal”, there are the informal beer-session. Monday evening ended with a beer-session called “CM Product team - Drinking & Thinking” and allowed the attendees to ask questions to the product team. (spoiler alert : SCCM is NOT DEAD) 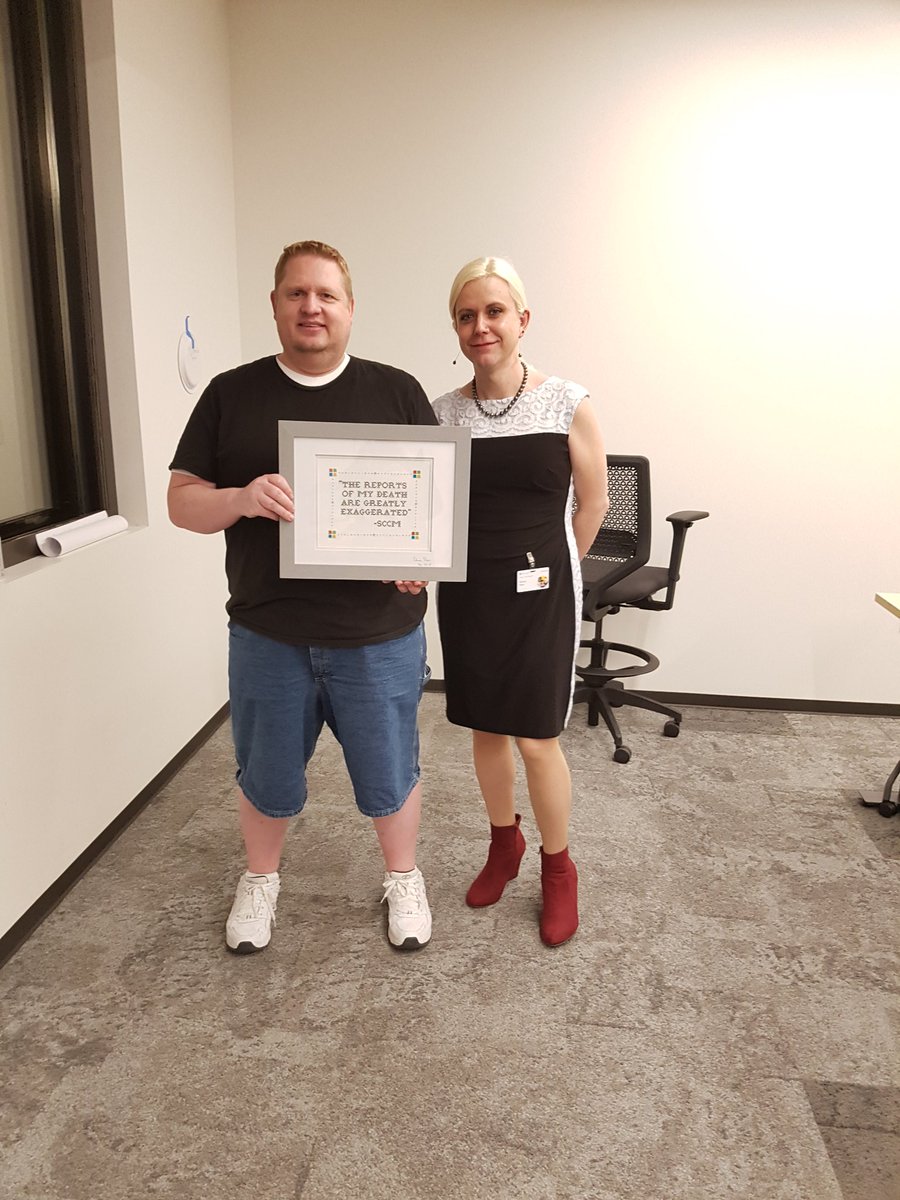 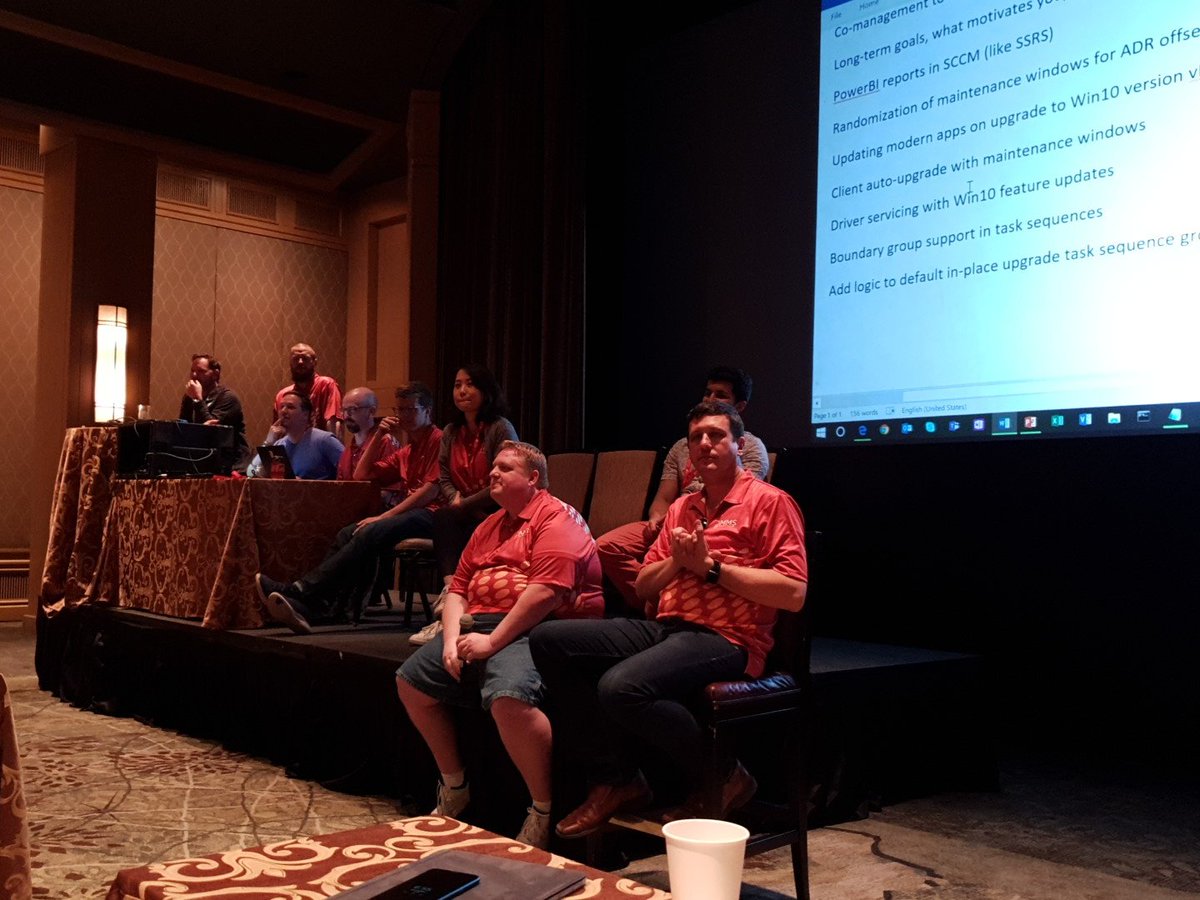 Tuesday evening as well, ended with a beer-session, but this time all of the attendees were given an opportunity to win a top of the line Surface Book 2! All they had to do is walk up to the stage, present a neat trick that they knew in maximum 3 minutes and roll the lucky dice. For me, this was one of the most surprising sessions of this edition and I truly learned some fun new tricks in both Windows & Configmgr 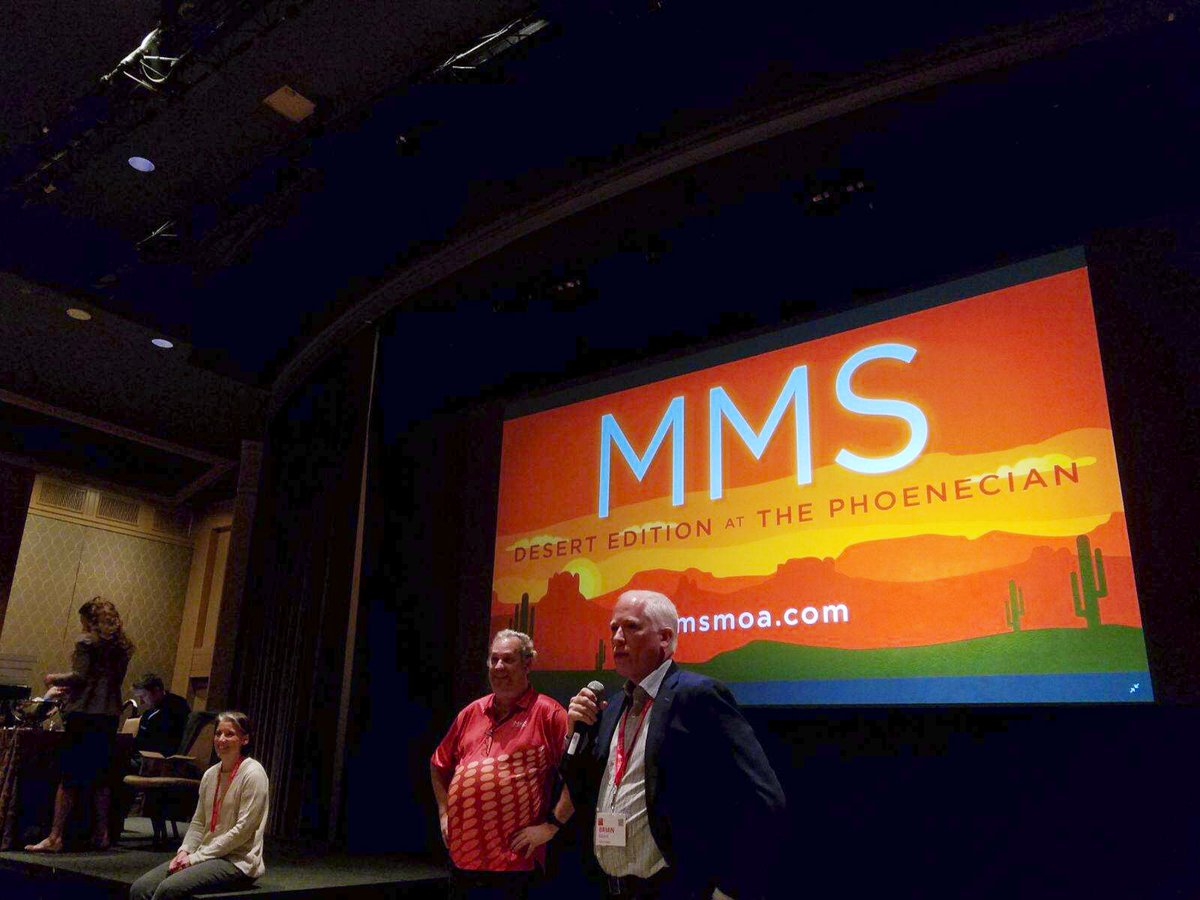 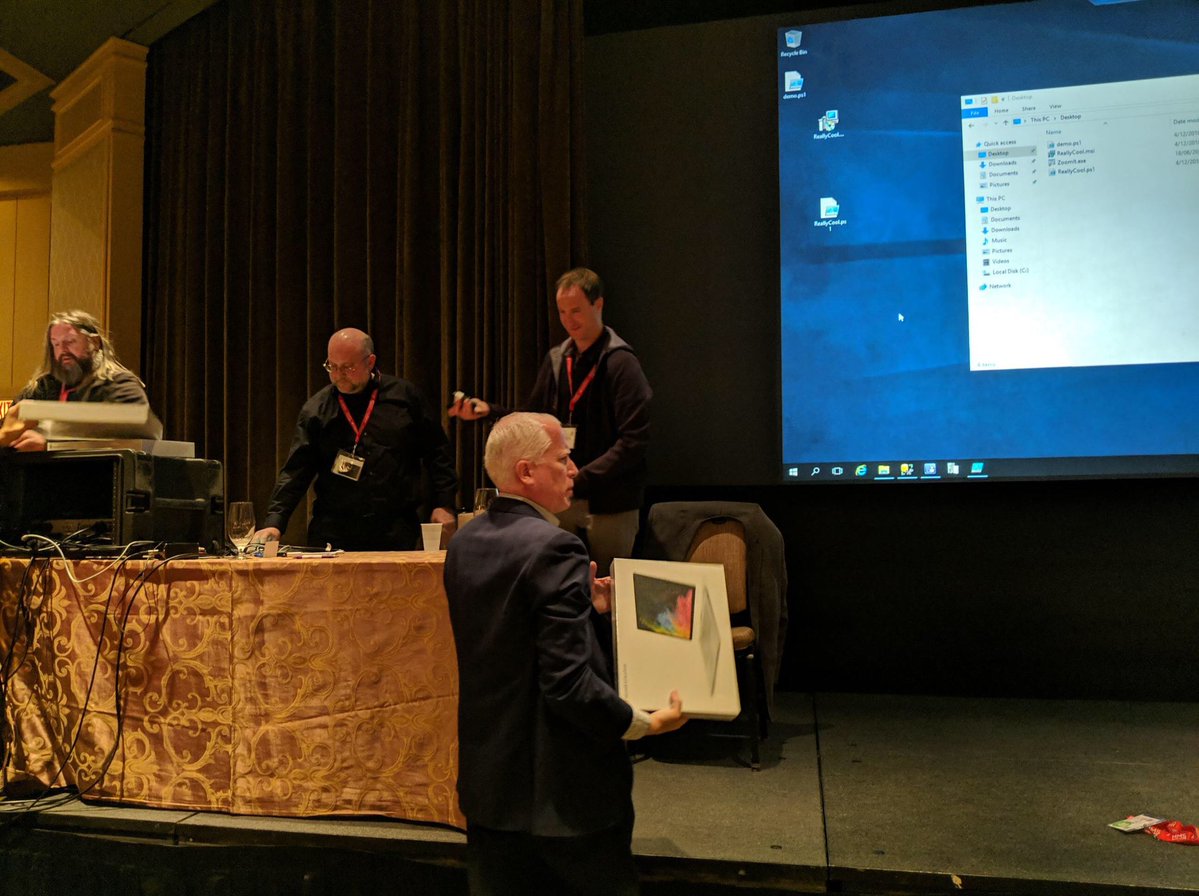 Another thing that was different in this desert edition were the Cabana and U&I sessions. The Cabana sessions allowed attendees to book a 20 minute timeslot with any of the speakers (grouped together with 2 or 3 speakers) in a cabana and basically discuss any topic they wanted. Depending on who you talked to, this was very much the equivalent of $500+ of consultancy :)

The U&I sessions gave you the opportunity to talk to Chris Sires, a Configmgr Dev, on any SCCM Admin-UI bug or issues you had. If he could code/fix it in 15 minutes, it might make it in the next release of Configmgr. Speaking of that, one of the requested features was already merged into the 1812 tech preview. That’s the power of MMS :)

A special shout out to all the amazing people (eg Brian Mason, Greg Ramsey, April Cook) that made this happen! Each time, the crew behind MMS does an outstanding job of creating this community feeling and providing the opportunity to learn from the best people in the field.

If you feel like attending the next edition of MMS (May 2018), make sure to register ASAP as they are already 50% sold out. An additional heads-up… you might want to start brushing up on your “Curling-Skills”…

Disclaimer : Not all pictures used in this blog are mine, most come from a public twitter feed.